[IT] Sick of Government's Internet filtering? Seek The fastest VPN in the World - ExpressVPN

For Korean version posting, please go to the link below.

Are you sick of government's internet filtering? Here is what you have to seek for free internet, which is a privilege of human beings living in the modern world. Especially, If you are in China, North Korea (or maybe South Korea) or any countries which have a heavy internet censorship policy, VPN or Virtual Private Networking is not an option, but a must-have item. If you have experienced restrictions accessing certain You-Tube videos or news articles, you should consider equipping your PC with VPN, which will free you in the cyberspace. Internet is one of major symbols of freedom these days. Restricting it is not acceptable.

So what does VPN do to your internet life? I am not an IT engineer who understands every details of how it works. But I can explain simple two functions of VPN from my experience in layman's terms. I have researched by myself to find out the best VPN providers. Basically VPN changes your IP address and conceal your location and cyber identity so no one knows who you are online.

The primary function is that it releases you from governmental censorship on internet. Government used to be able to block certain webpages it does not like or to watch where you go online closely. BUT, not anymore with VPN. VPN will free you in moving whatever webpages you want to go to on internet without being restricted or watched by anyone.

The secondary function is that it protects you from hackers' attack on your PC. You probably have connected your smartphone or laptop with public WIFI available free of charge in a place like starbucks or hotels. Have you ever known that connecting to those WIFI may give hackers an unlimited access to your smartphone or your PC, which contains all the personal information such as pictures or bank info? VPN protects your PC or smartphones from hackers by concealing you in the cyberspace.

In principle, the two functions, freeing you from governmental censorship and protecting you from hackers' attack, are done in the same manner. VPN conceals your real identity in internet by manipulating the IP address so neither government nor hackers can identify you. See the picture below. 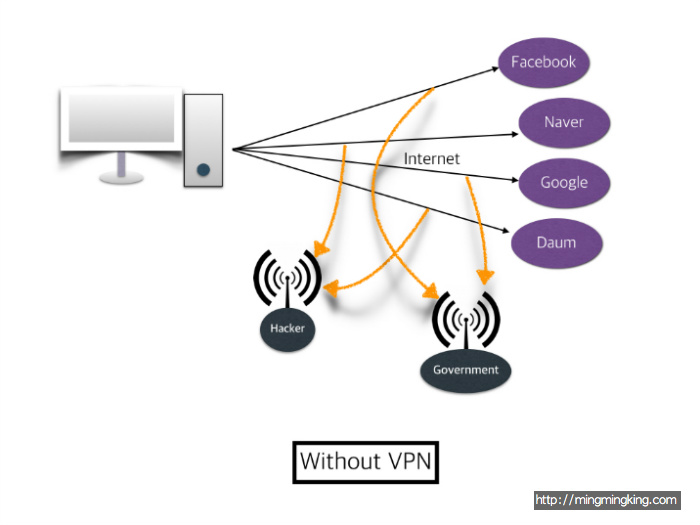 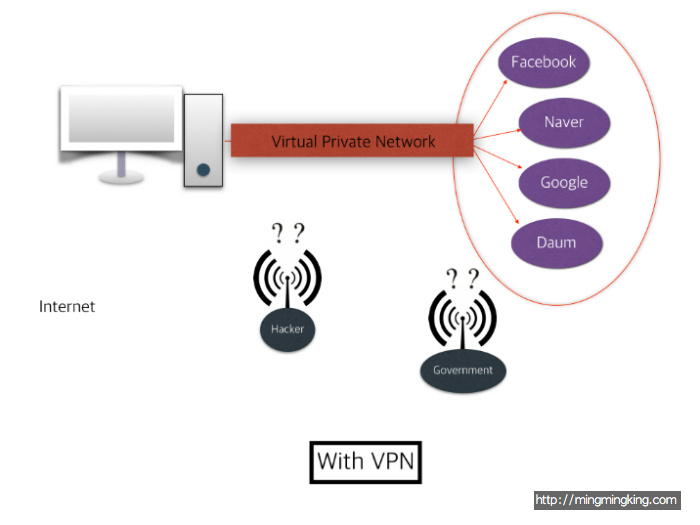 O.K. Now I guess you understood what VPN does.

Then, what would be the downside of using VPN? That was my major concern when I was looking for a right VPN provider. It is "SPEED" I have used a free version of VPN before making the paid subscription. Not only did it make internet connection unstable due to irritable ads, but it also significantly lowered the internet speed.

I had conducted an intensive research to find out a VPN provider who furnishes a service that does not lower my internet speed and actually used the various trial versions of many other VPN providers before I made my final decision. My final decision was ExpressVPN. As you would noticed on the name, ExpressVPN really focuses on the speed.

I made videos to show how fast it is.

It takes about 10 second to connect. And I barely see a slowdown of internet speed after I turn on the VPN.

It works on your smartphone as well as Mac or PC.  Some other VPN services are not available on Mac or smartphones. So you have to be careful on that.  Below is a screenshot of my smartphone. I flied from Korea to the Seattle.

The monthly fee ranges from $8.32 to $12.95, which is $1~$2 higher than that of other VPN providers according to my research. I pay $1 or $2 dollars more a month for the fastest speed of internet. I a bit hesitated between 12month-plan and 6-month plan, and finally I went for the 12-month plan.

There are servers in 136 cities in 86 countries, which enables to maintain stability. That also mean you can disguise the location of yourself more effectively.

ExpressVPN adopts 30-day free trial. You make payment first. If you do not like it and ask refund within 30 days, they refund you in full. 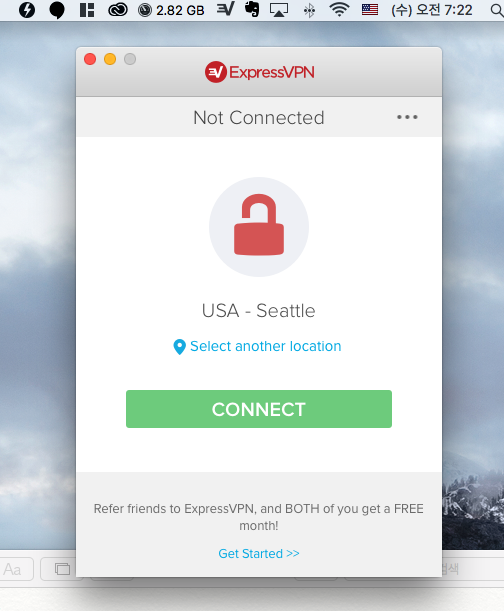 As I repeatedly mention, if you are looking for the fastest VPN, I highly recommend you to try ExpressVPN. It is free for 30 days. So why do you hesitate?